What a bumpy ride. Things went up and down this month on the cryptocurrency market and also with Heleum… unfortunately mostly down. 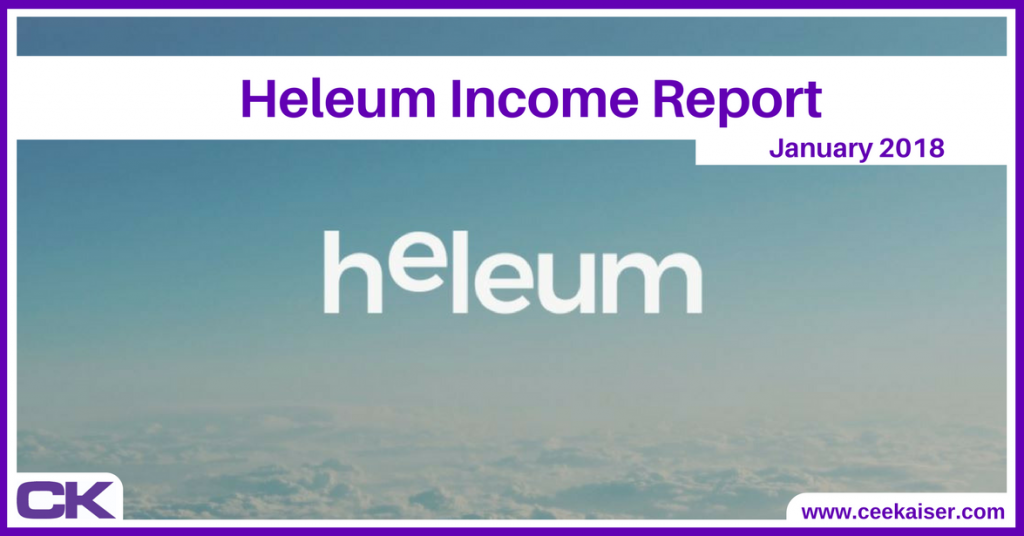 After suspecting that cryptos would recover from the Christmas crash (see Heleum Income Report December 2017), I invested another 1,796 USD on January 3.

Let’s keep it short: As of February 1, 2018, I got 1,436 USD left. That’s a loss of almost 40%! If it wasn’t all gambling money I’d be in serious trouble right now. So please let me repeat: Never invest more in anything than you are prepared to lose. Ever. 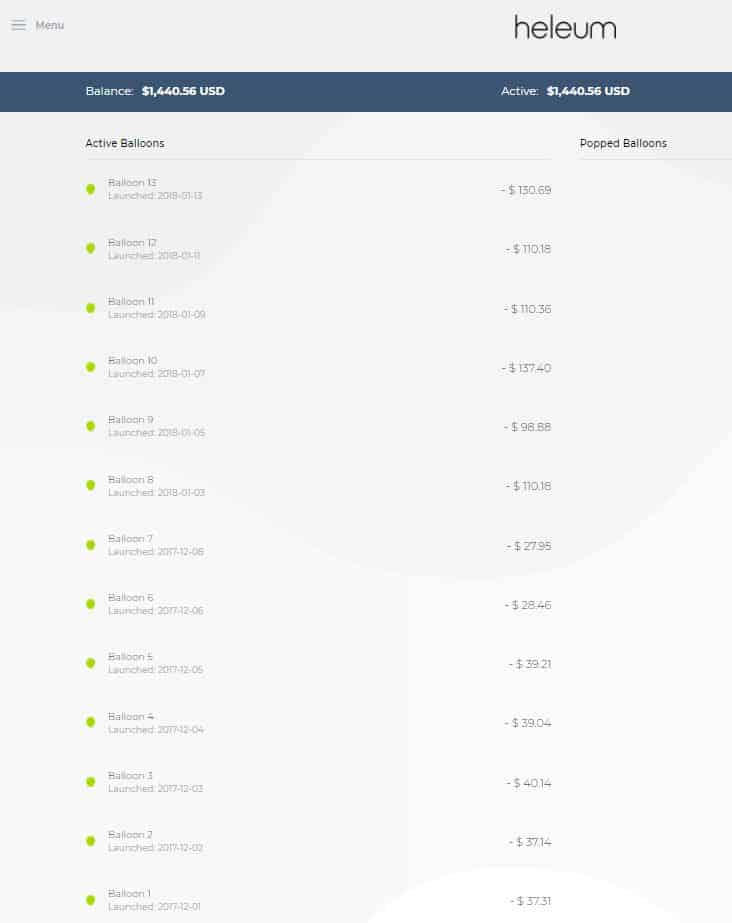 Development of my Heleum balloons.

Unfortunately, the hopes I had expressed in my Heleum Review were disappointed once again. Balloon 10, which lost the most value during last month, had purely invested in crypto. Not a single fiat currency trade was made.

Balloon 12 had at least once invested into Japanese Yen. This was for 11 hours – the only 11 hours during which it gained value.

Apparently the Heleum algorithm is programmed to predominantly speculate with cryptocurrency. This can be a highly lucrative business – but it certainly wasn’t last month.

Nobody can really tell you the reasons behind this downturn. Some speculate the bubble has crashed. Others say it’s just one of the regular downs the cryptocurrencies have every now and then.

As cryptocurrencies aren’t really backed by anything tangible, one cannot even blame Donald Trump for it. Which is a shame. But it wouldn’t change anything, anyway.

Fact is, that on Feb 1 the top 45 cryptocurrencies had decreased in value over the past 24 hours. Which occasionally happens – but last month they just decreased more often than they increased. (What a piece of wisdom. Write that down.) 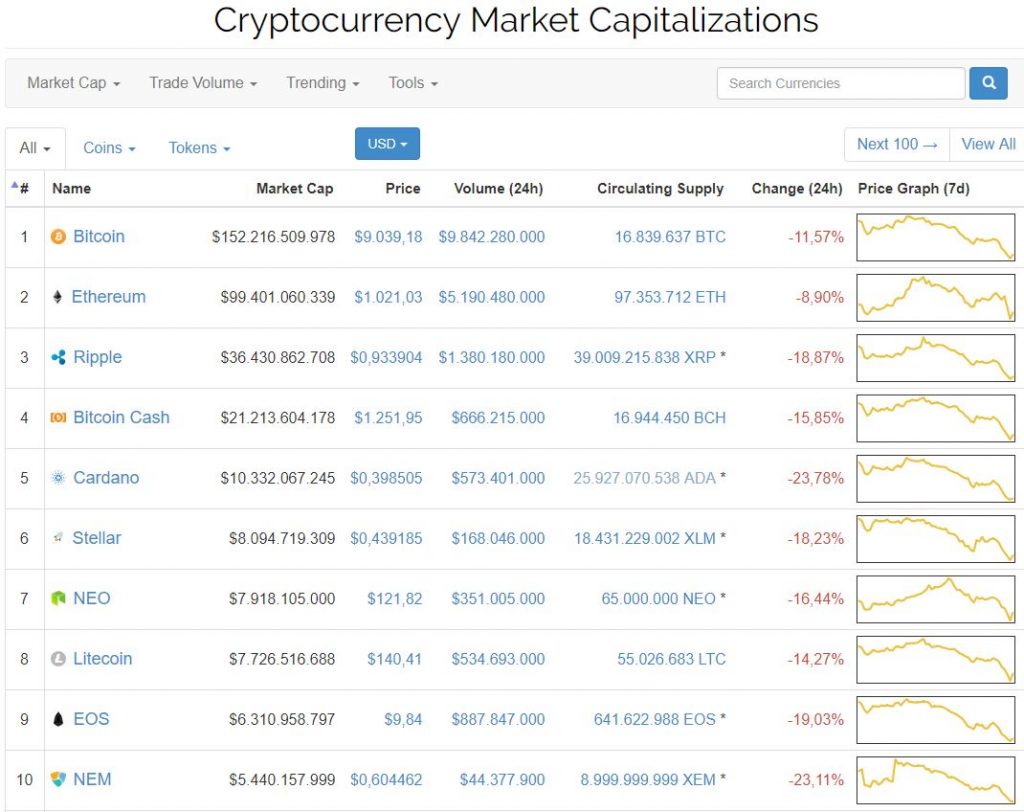 Top 10 Cryptocurrencies by market cap as of Feb 1, 2018. Courtesy of coinmarketcap.com

Should I Invest In Cryptocurrencies Right Now?

Smart investors say to break into the market when everybody else is breaking out. To quote the Oracle of Omaha:

In other words: Buy at the lowest point, sell at the peak. The only problem is that nobody can tell you exactly when that is… haha. So, as always, I’ll leave it up to you whether you’d like to give Heleum a try now or not. In case you’re unsure, sign up for my newsletter below, and I’ll keep you in the loop on how Heleum develops.